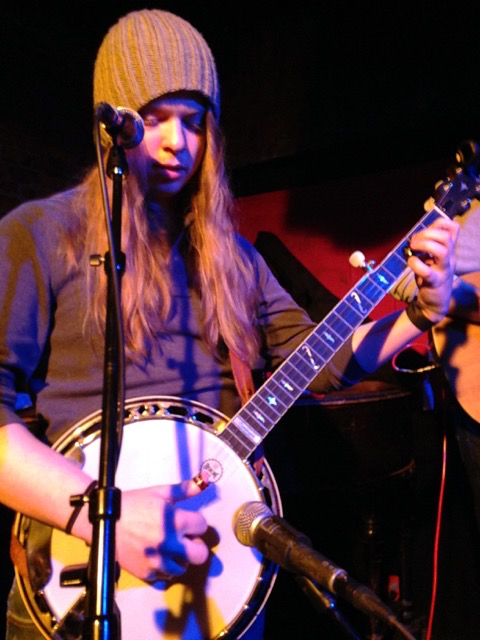 Nate Allen is a freelance banjo player, bassist, and music educator based in the Hudson Valley. He has toured all over the United States and Europe and performed and recorded with many different artists.

Nate studied jazz performance at SUNY Purchase college, and has been a part of the music scene in the greater NYC area for the past decade. He has recorded with various artists of different genres including Maya Solovey, Peter Karp and Sue Foley, the Kristijan Krajcan Contemporary Jazz Ensemble, Friend Roulette, Nicole Hart, Black Gold, Scott Barkan, Illmntr, the Fine Machines, and more.

Nate has been teaching private lessons for 13 years. Whether you want to pursue a career in music, or you just want to play casually, Nate can help you accomplish your goals. Some of the things he teaches include technique, ear training, music theory, musical notation, arranging, improvisation, basic maintenance and repair of instruments and lots more!

1. THE FIRST ALBUM I EVER BOUGHT WAS ... "Weird Al" Yankovic Bad Hair Day. I especially liked "Don't Go Making Phony Calls", which is a parody of "don't Go Chasing Waterfalls" by TLC

2. THE FIRST CONCERT I EVER SAW WAS ...A music festival called Locobazooka where I grew up in Manchester, NH. Featured bands were Filter, Sevendust, and Mushroomhead.

3. THE THING THAT MADE ME WANT TO BECOME A MUSICIAN WAS... I had some cousins who started playing music together, and I wanted to join in on the fun!

4. THE FIRST MUSICAL INSTRUMENT I EVER OWNED OR PLAYED WAS ... A Squire electric bass that I rented from a local music shop

5. THE FIRST SONG THAT I EVER PERFORMED IN PUBLIC WAS ... "Under the Bridge" Red Hot Chili Peppers

6. THE FIRST BAND I WAS IN WAS CALLED … Dehydrated Spaghetti

7. THE BEST THING ABOUT PLAYING MUSIC IS.. When you're playing a live show and you look into the audience and people are singing and dancing along with your music.