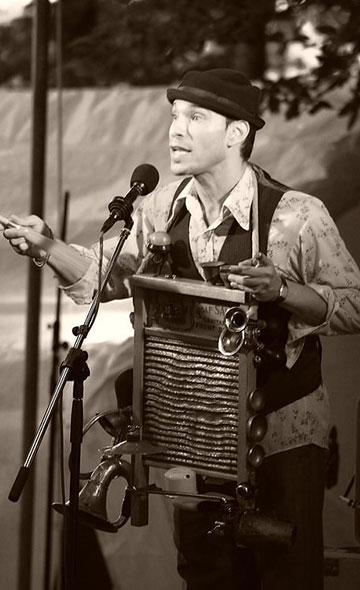 Michael is a singer, song-writer and multi-instrumentalist. He is also the founding member of the band, THE WIYOS. Michael has toured extensively in the US and abroad, and is currently trying his hand at children's music with, LUCKY DIAZ AND THE FAMILY JAM BAND. In 2009, The Wiyos were hand picked as the opening act for Bob Dylan, WIllie Nelson & John Mellencamp's summer tour, and that same year were a featured act in the BBC Documentary, 'Folk America- Good time Stompers and Ramblers'. Michael has performed for over 10 years with the Carnegie Hall Neighborhood Concert Series, at Lincoln Center, the Kennedy Center, and literally at hundreds of festivals, clubs, and theaters.