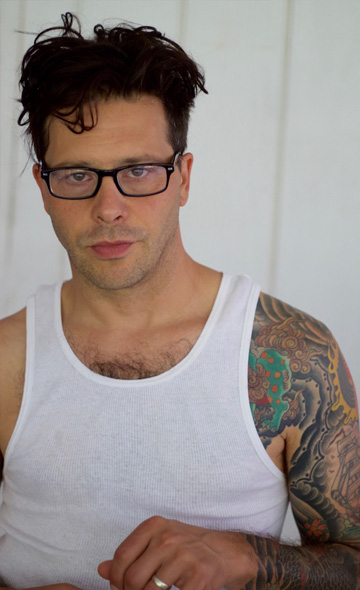 Josh Stark is a singer, songwriter, and multi-instrumentalist living in Wappingers Falls NY. He has been lucky enough to be part of the adult rock camp program at BMF since its inception.  Josh loves collaborating in the rock camps, and is particularly enamored of the energy and enthusiasm that is generated in these friendship-building, community-building, and often life-changing experiences.

Originally from Portland OR, Josh spent many years living in Brooklyn working in experimental theatre and film.  In the 2000's he was a fixture in Brooklyn's roots-country scene, playing upright bass with Gloria Deluxe, and Matty Charles and the Valentines, among others. Josh plays guitar and sings with Knock Yourself Out, his Beacon-based rock and roll band.  Recent projects include playing bass with The Octomen, and drums with Gretchen and the Painkillers. Josh is the Music Tech at SUNY New Paltz.