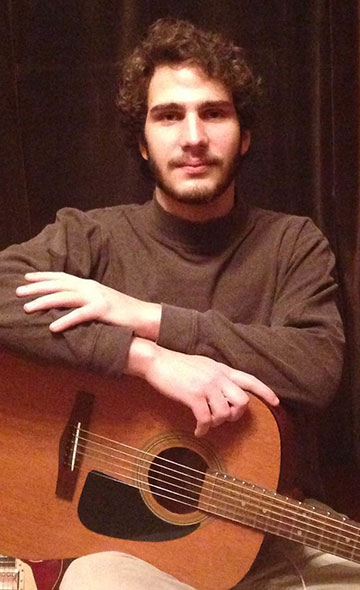 Only twenty-one years old, James has been performing professionally for nearly eight years and teaching for four. Starting out at the age of ten, James was initially self taught before he expanded his education, studying under Hudson Valley Jazz Guitarists Mark Dziuba and Bob Cage. He currently performs regularly with folk singer Mike Klubnick and is pursuing a degree in music and physics at SUNY New Paltz.

Having both an independent and formal background makes James an ideal teacher for younger and/or non-traditional students. James will play nearly anything but has an affinity for music that finds its roots in the Blues. Some favorite guitarists include Jimi Hendrix, Jimmy Page, Duane Allman, and Muddy Waters.

Take a listen to James: www.soundcloud.com/jrubs